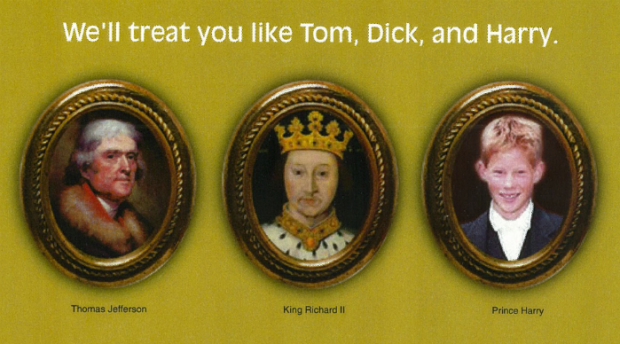 In June 1999, I suddenly got an opportunity to write for an agency in Amman for six months. It came out of nowhere and it had to be taken. I worked with Afkar Promoseven, part of the Fortune Promoseven/McCann Worldwide agencies in the Middle East. An absolutely memorable experience that also gave me a chance to get involved with some very interesting campaigns; learn a bit of Arabic ad words too. Of course, one of the first of these was… Majjanan! Majjanan! Majjanan. Free! Free! Free!

Free in its most consumer sense… as in it costs nothing, that magic word.

We developed the campaign here for a pitch to a major client: Royal Jordanian. I have flown RJ between Kuala Lumpur and Amman in Economy, it’s actually a most comfortable journey. I still remember the elderly stewardess being extremely caring and gentle.

The campaign was based on the tagline: Royal Jordanian… No common experience.

These three press/magazine ads were part of the relaunch campaign that would break around the world, focusing on various aspects of the airline.

We won the account, and worked with the client to create the campaign for release. This was used only for the pitch. Headline: We’ll treat you like Tom, Dick, and Harry.

Copy: Allow us to present the treatment you may expect on our Crown Class. It will be apparent the moment you arrive at the airport, in fact. When our ground team rushes out to meet you and see to the mundane details of checking in, while you relax in your lounge. On board awaiting you, you’ll find your plush First Class seat, a royal spread of food and entertainment, and a certain regal air all around. Plus our attentive crew always at your service; ready to fly at the lift of an eyebrow. At the end of the journey you might proclaim this a rare treat. But then, we’d say, that’s just perfect, for you’re no common passenger. Headline: Only one other thing connects Europe and the Arab world this well.

Copy: It’s true, football brings together Europe and the entire Arab world, but when it comes to connecting the two, we believe we do the job rather well. May we present aline up of connections that’s never offside. No penalties, no awkward passes to out of the way hubs. Straight from the Middle East and North Africa to Europe, or vice versa, via the airport that sits right in the middle of the field: Queen Aliya International Airport, Amman. One look at its location and you’ll know this is no common hub. From here, we fly fifty times a week to Europe touching almost all her capitals. And over sixty five times in the Arab world to more than fifteen destinations. Come, let us fly you smoothly and comfortably across this region. At fares that will make you whistle. Headline: We have all the time in the world for you.

Copy: The recent past, the past far away, or the here and the now, what may we serve you? Jordan has them all. In every hill and valley, in fascinating memory. The place where Moses spent his last days, the river by which Christ was baptized, Dead Sea, Petra, Jerash, Um Qais. Not to mention, the oldest village in the world and one of its most modern, young cities. Come, let us fly you to this incredible meeting with time. The journey is smooth, the fares easy, and your crew always at hand, to take care of your every wish. This si no common moment, don’t let it pass you by.

As 2000 AD approached, an idea to do a promotion with Jordan’s most powerful attraction at its core. Billions of people know of Jordan as a part of the historic Biblical land. When they pray, they subconsciously visit, so to speak. Copy: Every day, without even setting foot on the soil of Jordan, people come here from all over the world, in their own way. On prayers, on memories of afar but never forgotten place. In their souls, in their hearts, in their spirits, in their own way. Look inside. Is there a Jordan in you as well? As a new chapter in time begins, why not come to the land where it all began? Where things happened that do not happen too frequently on this earth. Come with us, for we know your destination well. Let us take you there, let us connect you with all that’s all around, and with something inside you.